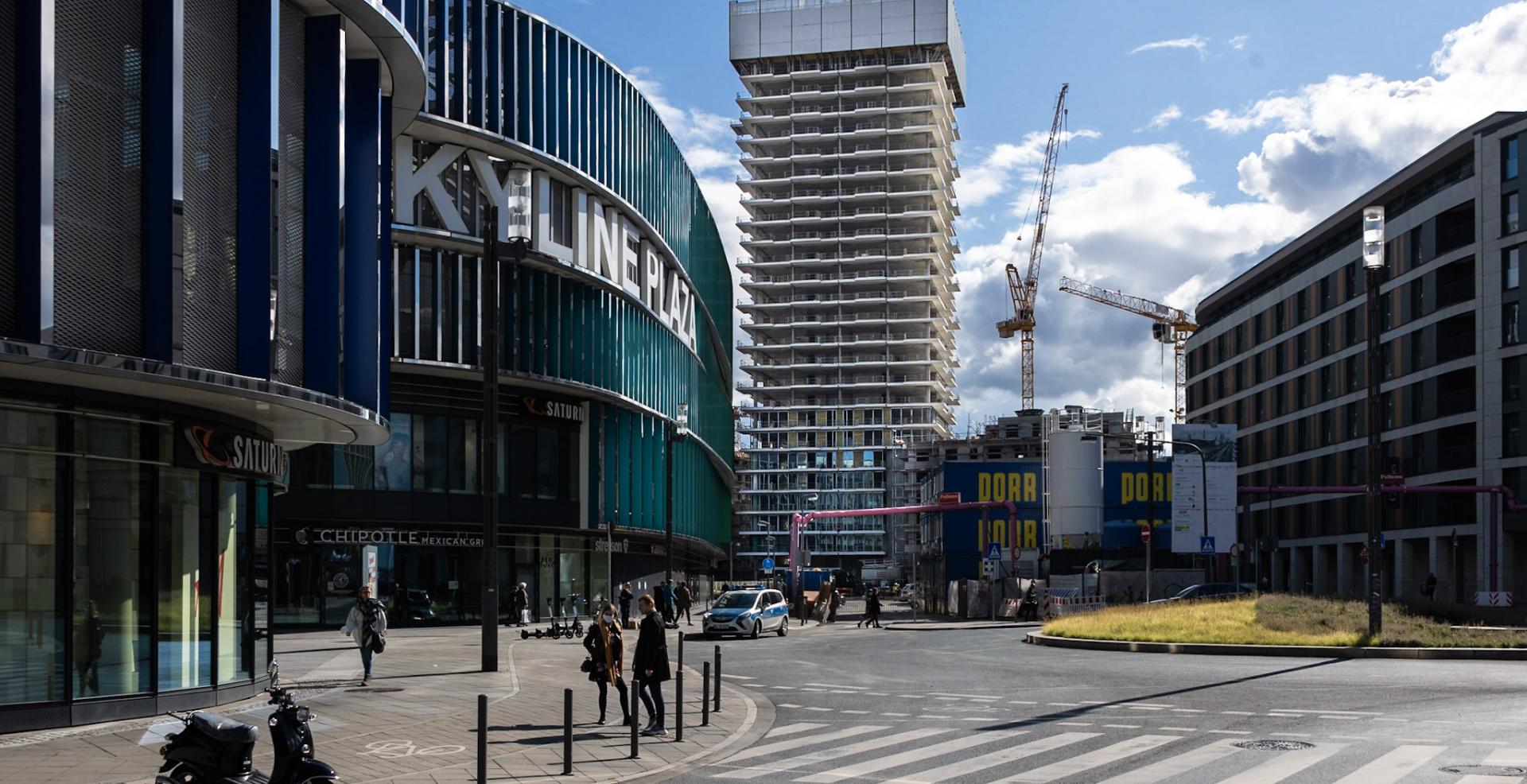 Eden Tower is being constructed at the entrance to Frankfurt’s European Quarter (‘Europaviertel’) and will feature one of the highest green residential facades in Europe. It offers space for 263 apartments. Today the topping-out ceremony was celebrated internally.

Eden Tower is 98 metres high, with 28 storeys providing gross floor space of 19,680 m². With the last concrete having been poured in the top storey, the shell construction has now been completed. Façade installation and interior construction have already been ongoing for around two months. One of the next steps will be fitting and installing underfloor heating in all apartments, designed to cool during the summer and warm in winter. A showcase apartment is scheduled for completion in the upcoming weeks; interested parties will then be able to get a tour, including a presentation of the green concept.

After completion, the green façade will be visible on all four sides of the residential tower, with ribbons of greenery extending the full height of the building. “With our innovative façade concept we have established a pioneering position in Europe,” says Muriel Sam, Head of Development at the developer Immobel, adding: “We will be placing around 195,000 plants to form ten vertical green ribbons.” According to Muriel Sam, this will also benefit future residents, since each balcony will resemble a private haven – surrounded by nature and crispness.

In the opinion of Rudi op 't Roodt, Head of Technical at Immobel Group, Eden Tower fits very well into our modern times: “We are creating nearly 2,000 m² of additional green space in the city, in what used to be a distinctly bleak car park.” Rudi op ‘t Roodt adds that construction of such a façade comes with numerous challenges, since the sheer complexity of the project is only manageable by implementing an elaborate preparation and planning phase. After all, tests had to be performed to see which plants would flourish at such heights. In addition, a system had to be developed to allow water and nutrients

to reach the plants, as residents are not supposed to have to take care of the plants. Planting will take place in May 2021.

“It’s now one year since the start of construction, and our sales results are very promising,” says Muriel Sam. Whilst potential buyer requests did fall at the beginning of the corona pandemic, she stated, “demand for products with a focus on well-being, quality of life, and sustainability – all of which Eden Tower offers – recovered quite fast. Eden Tower sales figures are proof of that.” Today, over 40 per cent of the Eden Tower apartments have been sold; a further 10 per cent have been reserved.

Immobel cites two further reasons for this ongoing strong demand: Germany’s political and economic stability on the one hand, and the dynamism of the Rhine-Main Region on the other. Furthermore, Immobel believes that the continued growth of Frankfurt’s real estate market and Eden Tower’s green concept resonate well with exactly those buyers looking for high-quality and safe inner-city investments.

“We are proud to be realising a real European project with Eden Tower – as befits the location in Frankfurt’s European quarter,” emphasises Rudi op 't Roodt. “During the corona pandemic, this posed great challenges for all parties involved.” After all, suppliers to the project are spread across several countries. The German construction company Züblin was responsible for the shell construction, Poland’s Aluproject is providing the façade, Belgium’s Verheyen Beton is managing production and delivery of prefabricated balcony modules, while AMG Railing from the Netherlands is providing the balcony railings. Sempergreen (also a Dutch company) developed the plant system and is responsible for its implementation. “At the end of the day, however, by adjusting the various workflows and supply chains we were able to implement a multitude of tasks smoothly and on schedule,” says Rudi op 't Roodt. 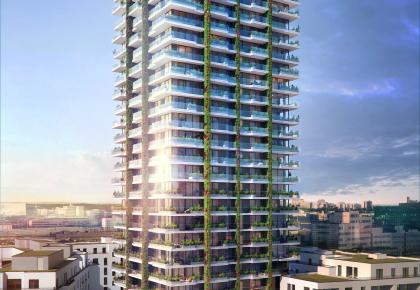 Eden Tower is given its green attire of 200,000 plants

The Belgian real estate developer Immobel has started the vertical greening of its Eden Tower. With a height of almost 100 metres and with 28 floors, the building, located in the Europaviertel [European quarter] of Frankfurt am Main, Germany, is one of Europe’s highest leafy residential towers. Now that the facade structure has been completed, the tower is being adorned with its green attire of plants.
Non-Regulated Press Release 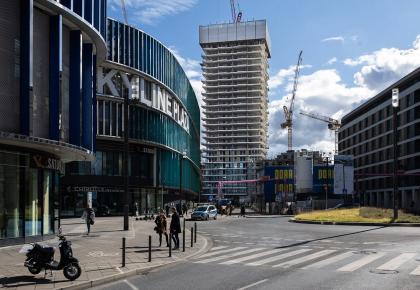 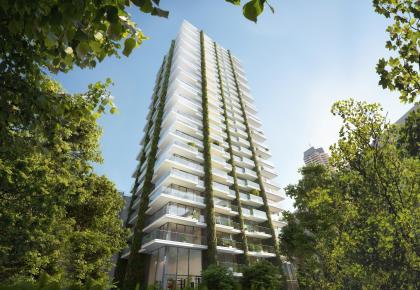