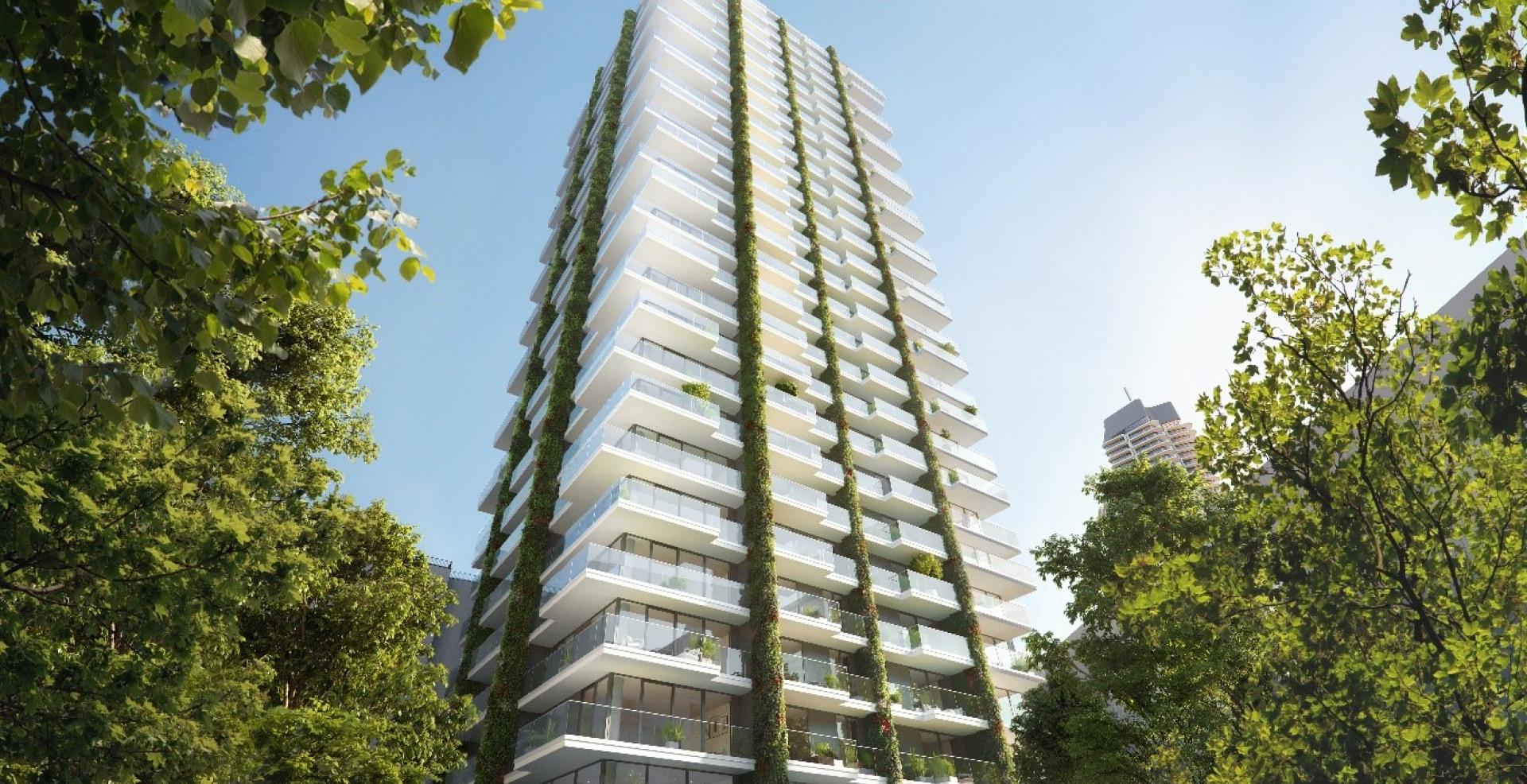 Belgian developer Immobel has announced that the construction of the new Eden residential Tower in the European district of Frankfurt has begun. One of the specific characteristics of the project is its vertical vegetation concept. More than 20% of the façade of the building, some 98 metres in height, will be covered by 185,000 plants.

Designed by architectural bureau Helmut Jahn and Magnus Kaminiarz, thanks to its full height windows the building will offer both natural light and an omnipresent green environment to its residents. The plants, watered and nourished by a centralised system, will not require any specific care or attention from the residents. The façade vegetation will consist of 15 species of particularly robust plants, capable of permanent regeneration regardless of the height at which they are located.

“Where there was formerly a car park and hundreds of cars occupying a space of more than 2,000 square metres, the Eden residential Tower will represent a vertical vegetal ecosystem equivalent to more than two and a half times its ground area,” states Olivier Bastin, CEO of Immobel Luxembourg, in charge of the expansion of the group in Germany. “Whereas over recent decades new constructions have mostly been replacing green areas in cities, we are doing exactly the opposite with the Eden Tower. We are bringing vegetation back to the city centre.”

The Züblin group constructing the structure of the project

Immobel has mandated the construction of the structure of the Eden Tower to Züblin. With a gross floor area of around 19,680 m², the new residential tower will provide 263 residential units. Along with three penthouses, Eden will mainly offer one to three bedroom apartments. The flexible concept of the project also provides the possibility of combining several units in order to arrive at larger apartments.

Characteristics of the Eden Tower