First stone laid at Îlot Saint-Roch, a future sustainable district in the heart of Nivelles 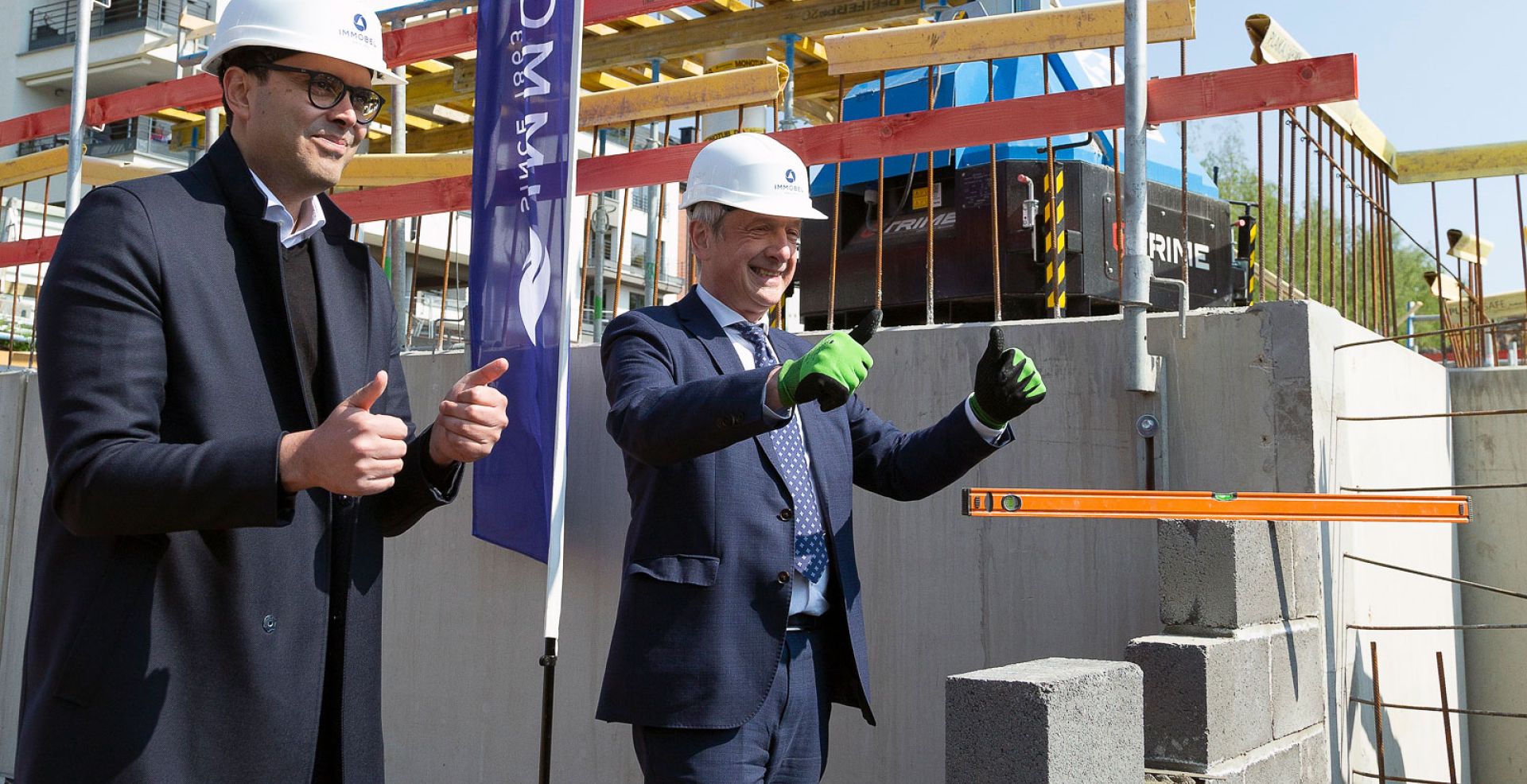 The Ilot Saint Roch development is beginning to take shape. Now that the excavation and foundation-laying phase is over, it is possible to pick out the footprints of the buildings that will form the key elements of a new district. A ceremony to mark the laying of the first stone was held on 27 April 2022 at the Îlot Saint-Roch site in the city of Nivelles in Belgium. This important moment in the development of this future sustainable district was attended by Mayor Pierre Huart accompanied by Adel Yahia, Managing Director at Immobel Belgium.

The land being developed was previously an industrial site used for various activities and home to a foundry, a forge and all the facilities necessary for galvanisation operations between 1860 and 1950. Following a process of deliberation and discussion, which began several years ago, the City Council and the developer, Immobel, agreed on the details of a shared vision that will create a new sustainable district with completion dates in 2023 and 2024.

As part of the development of this district, called Îlot Saint-Roch, the entire zone has been cleared and decontaminated to transform a brownfield site into a new, mixed-use district.

The project is conveniently located very close to the historic centre of Nivelles and to major transport routes, including the Ravel cycle path. These factors allow the site to be developed as a mixed-used project; primarily residential but with a crèche, local shops and workspaces designed for liberal professions.

When complete, the project will provide 16 buildings and a total of 271 apartments and will be characterised by high-quality architecture on a human scale, which will blend seamlessly into the urban environment.

Particular attention has been paid to the development of public areas by encouraging soft (non-motorised) mobility and by providing green spaces. The project caters for a range of modes of transport - from pedestrians to motor vehicles - and is designed to connect up with the surrounding urban environment. The project also features shared vegetable gardens for the use of the people of Nivelles. Immobel will also construct an underground public car park for the City.

A development focussed on sustainability

In addition to the rehabilitation of a badly contaminated site, various other work has been undertaken and others will be implemented to make the site suitable for residential use.

Although several campaigns of decontamination work have been carried out since industrial activities on the site ceased (in 1989), Immobel has already removed thousands of m3 of earth which has eliminated organic contaminants down to deep below ground level.  Immobel will remove or treat more than 20,600 m³ of contaminated earth during the course of the project.

Japanese knotweed, an invasive plant that grows to the detriment of local flora, has been treated and eradicated. The large and unsightly abandoned buildings have been totally dismantled.

The structures constructed on the site will manage rainwater in an exemplary manner. Rain falling on buildings will be stored in roof spaces. Valley gutters on the site will promote infiltration and the natural evaporation of rainwater. The plans include the provision of a storm water management pond with a capacity of 520 m³.

A densely wooded area will be created on the southern side of the future district to encourage biodiversity on the site.

To facilitate the use of soft mobility, 284 bike storage places will be provided within the various buildings.

“Various extremely important factors influenced the development of this brownfield site in the heart of Nivelles. By handling them carefully, we have been able to apply our sustainable development principles to create a district that meets the expectations of the people of Nivelles and of the City Council. The multi-functional nature of this project and the development of public spaces shall help to breathe life back into a site that has been abandoned for so long”, explained Adel Yahia, Managing Director at Immobel Belgium.